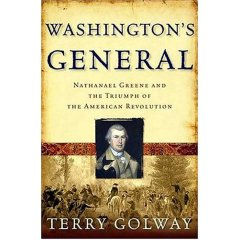 the Triumph of the American Revolution

He has been called, “the most underappreciated great man in the War for Independence.” George Washington’s hand-picked successor, Nathanael Greene was born into a prominent Rhode Island Quaker family. Plagued by insecurities due to his lack of education and military experience, he nonetheless provided an invaluable contribution to the cause of Liberty.

Shortly after enlisting in his state’s militia, some of his unit suggested that he resign. They felt that his marked “limp” detracted from their “manly, martial appearance.” Against their wishes he remained and within six months was commissioned as a general. By the end of the Revolution, he would be second only to Washington himself.

Greene’s meteoric rise to glory is highlighted by his passionate patriotism and intense sense of loyalty. As Washington’s reluctant yet efficient Quartermaster, he sustained the Continental Army through some of the leanest years of the war, battling Congress for much-needed funds. As commander of the Southern front, he would outfox Cornwallis in the swamps of the Low-Country and hills of the Carolinas.

This book turns a long-overdue spotlight on one of our forgotten heroes. Based on scholarly research from both primary and secondary sources, it retains a readability that historical laymen such as myself find appealing. For anyone interested in our nation’s history or in a genuine American hero, I recommend Washington’s General.